When YayaToure originally joined Manchester City back on July of 2010, the Ivorian midfielder quickly made a significant influence at the Etihad Stadium as he was a consistent starter. 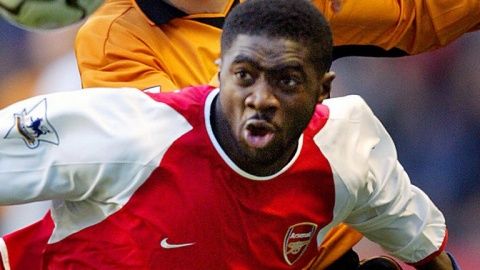 Even during his debut season in the English Premier League outfit, YayaToure never really struggled trying to find a regular spot in the first team.

Since arriving to Manchester City over 7 years ago, the experienced midfielder has constantly been able to make more than 30 appearances in almost every single season which shows just how much of an impact that YayaToure made.

Unfortunately for the Ivorian midfielder, it does not appear like he has a very healthy relationship with the head coach Pep Guardiola as YayaToure has not made a single appearance in this recently started English Premier League season of 2017-18.

Manchester City’s 4 opening matches of the season has seen them facing off with: Brighton, Everton, Bournemouth and Liverpool. YayaToure has not made a single appearance in any of these matches as he has had to settle with a place on the sidelines as an unused substitute player.

However, KoloToure is certain that his brother can bounce back and become an influential player like he used to be a few years ago.

“Yaya is a top player. For me, he has always been one of the best midfielders in the world. When he was playing in Ukraine not many people were listening to me because he was in another country but I’m not surprised about his career and what he is still doing at his age”

“I think he can still play a really key role in this Man City team because his passing is one of the best in the world, he can break lines and start action from the back.Of course, to run is more difficult with age but if there is a runner that can fight for the ball and give him the ball then Yaya can just be the maestro from the back.”YayaToure’s brother, KoloToure said.